I believe in love. I believe in stars in your eyes, static in your stomach, love ‘em so much it aches inside love. I believe in two separate people who walk paths that cannot diverge. That even in the bad times, no shadow casts over that person. You see the one you love and you see the veil of anger over them but they never combine. I believe that there is love that makes your insides contort with laughter, that their shoulder is the perfect size for your head, that they walk beside you with a steady calm tread. They’re exactly what you need when you need it.

But I haven’t found it yet. I have found bumbling, mismatched, ludicrous love. I have found self centered, says all the wrong things, can’t wrap your head around what they’re thinking love. The kind of people who have someone just tailor made for them out there but you’re the one standing here right now trying to come to terms with the fact that you built your life around a landmine and not a well.

I have thought I was close. I’ve worn a diamond ring. I’ve joined houses. I’ve told my friends that this was it. And I’ve dug my heels in when the walls came down around me. The truth is, it’s the cruelest game we’re meant to play. We wander directionless through the world, turning over rocks and peering behind trees trying to find an intricate key to a particular lock. Like nothing else in life, love must fit in all the right ways or it is wrong, wrong, wrong.

If they don’t speak to your soul and nurture your heart and tend to your mind, it just doesn’t work. There are a million little ways it could combust and there and only one particular combination that works just right. But it’s never obvious and everything is shrouded behind many gauzy layers of complexity and vanity. We know it might be out there, we see it all around us, but we’ll never know when it walks right in front of us.

We invest and adapt and we prepare for it to be our turn and we sometimes don’t even know that we were sleeping with the bear all along until years have passed. And it doesn’t mean that those years didn’t bear fruit, that they didn’t add to the color of our lives or that we will carry nothing forward from them. But it means starting all over again. Pursuing blind with maddening haste for this mythical thing like truffle pigs.

If there is a god up there, he’s getting a real kick out of this psychological sport he masterminded. Watching as the world combs through the general population for the one that sings to their heart.

But don’t mistake this rather frank assessment for cynicism. I believe that it’s out there. And I believe that I’ll find it. And I will enjoy all the bears that end up in my bed until that time. Perhaps it’s the dimwitted marionette in me, but until my last day I will comb this world for magnificent love.

2 thoughts on “Ballad of the dimwitted marionette” 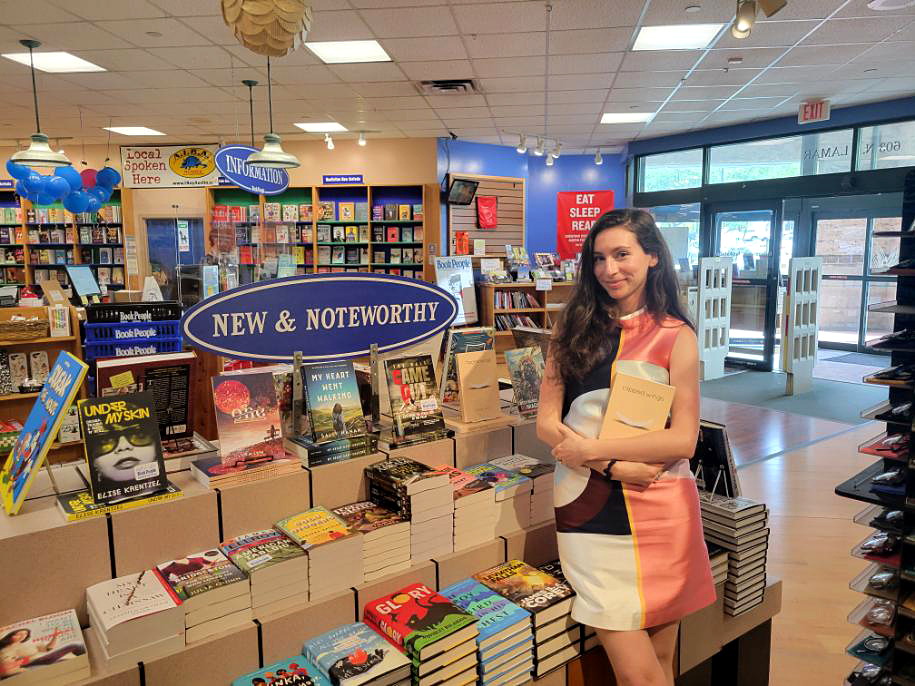 Come for the published writing, stay for the blog!